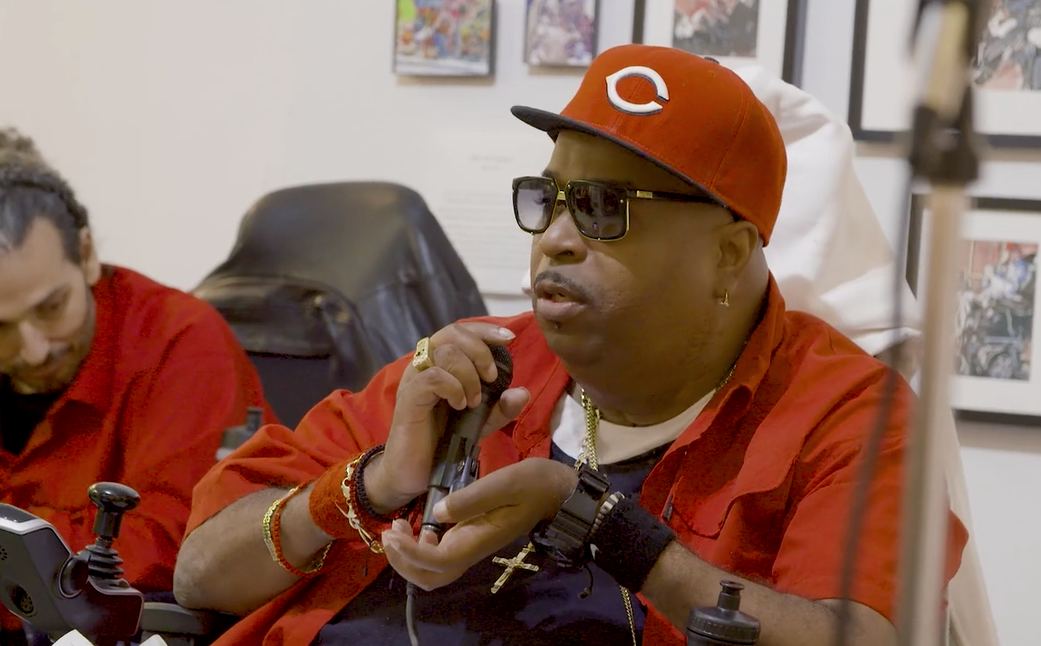 OPEN DOORS is an arts-and-justice initiative on Roosevelt Island, based in the long-term care facility where many members live. OPEN DOORS is also a creative community that ripples out across New York City and beyond. At the center of this network are the Reality Poets—black and Latino men who use wheelchairs largely due to street violence and who work to save lives through art.

Appearing as the Reality Poets, members educate young people, in underserved communities, about the consequences of “running the streets,” letting kids know that guns lead not only to jail or death but also to “life in the chair.”

At performance venues and online, the Reality Poets illuminate for audiences of all ages and backgrounds the injustices that breed violence in our cities and prevent some survivors from stepping into full, purposeful lives.

To amplify the Reality Poets’ message of realness, resilience and healing OPEN DOORS partners with the Fortune Society, the Jacob A. Riis Community Center, H.O.L.L.A., other community groups, the New York Public Library and Cornell University.

In 2015 while volunteering at a nursing-and-rehabilitative center on Roosevelt Island, teaching-artist Jennilie Brewster met a group of younger residents who hung out in front of the city-run facility. She heard from them that their needs were not met by the institution’s limited activities, which catered toward the majority senior population. Several of the men expressed wanting to share their stories, as one individual articulated, “so someone else doesn’t have to go through what I did.” Brewster started a writing workshop. Then in 2016, to further support the creativity and leadership of participants, she partnered with the nonprofit Angelica Patient Assistance Program and launched OPEN DOORS.

OPEN DOORS took off in 2017, when Steven Willis, a talented young slam poet, led an eight-week workshop for members. Willis showed how poetry is a visceral thing that can convey the rules and rituals of “the hood,” hold the psychic pain of life-altering injuries and offer healing to the writer and listener. Willis’ workshops culminated with a spoken-word event at a local art gallery, in which OPEN DOORS members performed for the first time as the Reality Poets.

Willis passed the torch to Joel François and with his guidance the group honed their poetry chops and co-wrote the play FADE based on their lived experiences. The Reality Poets have produced a poetry anthology and hip-hop album and begun work on a graphic novel and a documentary film. Driving this artist collective's work is a deep commitment to inform and inspire youth in need of authentic messengers. 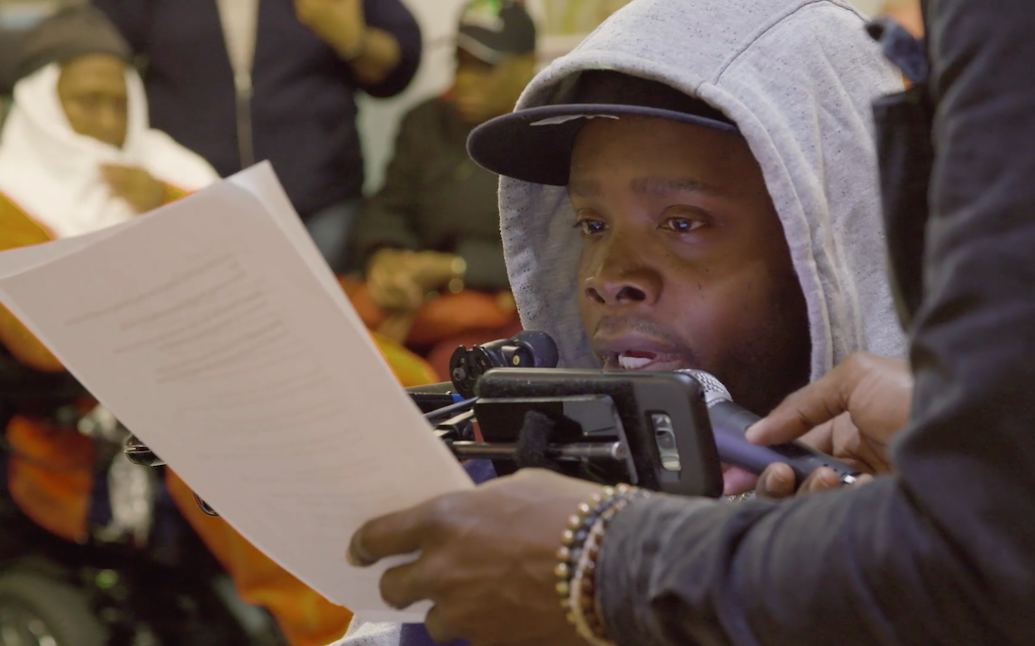 Only if he had raised his arm about an inch or two / I wouldn’t have to be telling my story to you
I can’t even teach my son how to play ball / Or pick up and run if he needs me at the drop of a call
Is this a punishment for all the wrong that I did? / Now I’ve been sentenced to this wheelchair doing a life-sentence bid

Excerpt from Just My Thoughts by LeVar Lawrence